The Cortland apple was developed in 1898 by Professor S.A. Beach at Cornell University’s New York State Agricultural Experiment Station in Geneva, New York. It was first distributed in 1915. (Speciality Produce). Cortland is a cross between the Ben Davis and McIntosh. ( 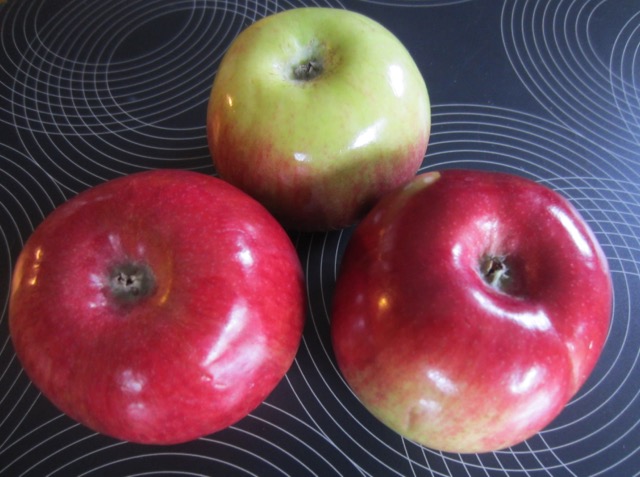 Cortland apples are medium to large sized and rather flat in shape.

Colour: they are deep-purplish red, with dark red streaks and often with a green blush or sometimes you may find an entirely green one.

Flesh: the flesh is snow white and resists browning.

The texture is fine grained and crisp and extremely juicy, with a sweet-tart flavour.

Culinary Use of Cortland Apples 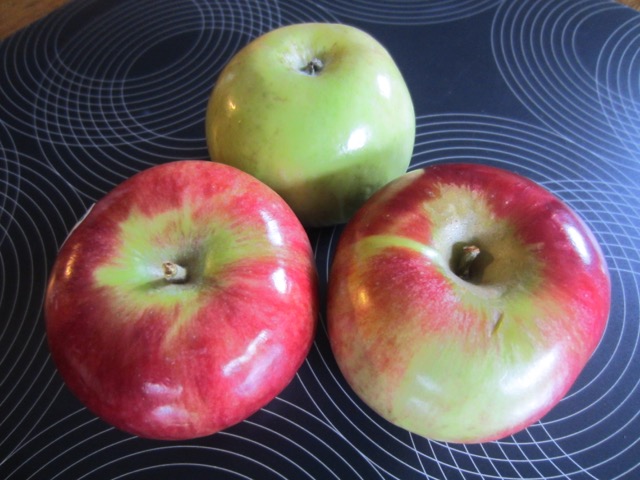 Since Cortland apples, do not oxidize readily and brown after cutting, they can be eaten fresh or used in fresh recipes like salads. They can also be added to sandwiches, burgers or fruit salads.

They do not store well so for better flavour and texture eat them soon. (Speciality Produce).

How to Store Cortland Apples

Store in a plastic bag in the fridge crisper. Since most apples are picked at peak ripeness, the longer you keep them, the softer the texture becomes, and the more it loses it’s crispiness.

Check the apples regularly and remove those with soft spots or signs for decay. (I have had mine in the crisper for the last two weeks and there are still nice and fresh)

Availability: Fall through to spring.