Root beer is a sweetened brown fizzy carbonated non-alcoholic drink flavoured with extracts of roots (such as sarsaparilla, sassafras, Quillaja ) and herbs (such as wintergreen) or artificial flavourings. It is popular in the United States and Canada and is thick and foamy like beer, when poured.

Root beer was traditionally made by fermenting an infusion of roots, barks, and herbs with sugar and yeast, and using plants such as Sarsaparilla, Sassafras, Spruce, Wild Cherry, Spikenard, Wintergreen and ginger.

The yeast acted on the sugar to give a slightly exhilarating quality resulting from the small percentage of alcohol produced and effervescence from the carbon dioxide.

Sassafras is banned by the FDA due to a presence of a compound called safrole, which is claimed to be carcinogenic. (McGill University)

Commercial Root Beer is generally a dark brown,  sweet foamy carbonated non-alcoholic drink flavoured with artificial flavourings and coloured with caramel colour. A safrole-free extract of sassafras is now available on the market but you would have to read the the label to know exactly what ingredients are added to your root beer.

Soybean protein is sometimes used to create the foamy quality, and caramel colouring is used to colour the beverage brown.

There is no standard recipe for root beer but modern root beer is generally made of filtered water, sugar and artificial sassafras flavour or other flavours.

Root beer may be alcoholic or non-alcoholic, with caffeine or caffeine free, carbonated or non-carbonated. It depends on the manufacturer and the country of manufacture.

Commercial root beer is produced in USA and Canada as well as the UK, Germany, Singapore, just to mention a few.

A look at ingredients in commercial root beers 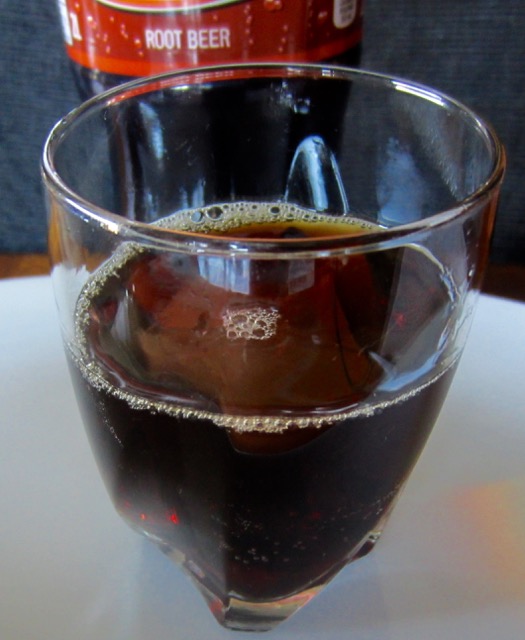