Molasses is a light to dark coloured heavy and viscous syrup remaining after raw sugar is crystallized out of the concentrated cane juice (mother syrup) by means of centrifuging. This remaining syrup is called the first syrup or light molasses, is very light in colour and has a high concentration of sugar.

To get maximum sugar out of the mother syrup the process is repeated two more times, resulting in the second and third syrups, known as dark (Fancy) and blackstrap molasses, respectively.

Even though molasses is also formed during sugar beet processing, it is unpalatable, and is used for animal feed or as an industrial fermentation feedstock, to make alcohol. (WIKI)

The types of molasses

This is the syrup resulting from the first boiling of sugar cane juice after the first crystallization of sugar. It’s lighter in colour and has the highest sugar content. It is usually referred to as ‘cane syrup’ in the US Southern states. It’s used in baked goods.

This is the syrup resulting from the second boiling of sugar cane juice. It’s darker in colour, has a lower sugar content and a slightly bitter taste. (when sugar is boiled it caramelizes, darkens and becomes bitter in taste). 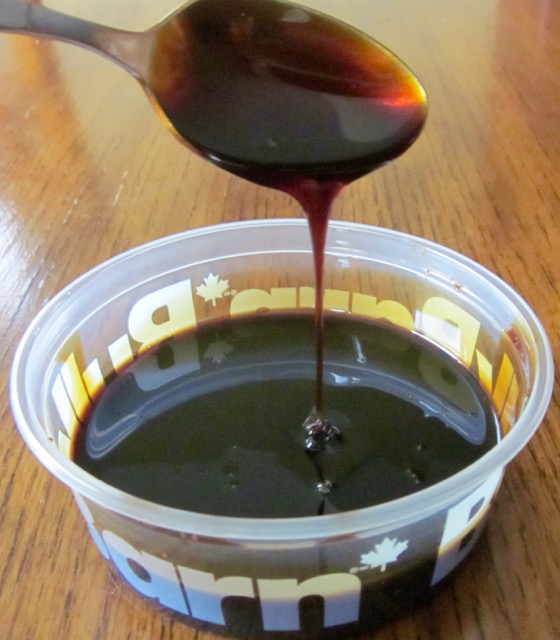 This is the syrup resulting from the third boiling. It’s darkest in colour, has the lowest sugar content and is most viscous. It’s also bitter in taste. It’s sometimes just called blackstrap.

Blackstrap molasses may still contain 35 percent or more of fermentable sugars, and is used in making ethyl alcohol as rum (Encyclopedia Britannica)

How to store molasses

How is cane molasses produced?

Sugarcane is washed and crushed to extract sugar cane juice which has about 70% sugar. The juice is boiled in huge vats to evaporate water and concentrate it to a thick, sugar rich syrup. Once the syrup becomes saturated, sugar crystals start forming. The formation of sugar crystals is called crystallization and the crystals are called raw sugar at this stage.

The sugar rich, saturated syrup is centrifuged at high speed to extract the raw sugar crystals leaving behind a not-so-dark syrup, called the first syrup. The first syrup is sweet, with a considerable amount of sugar. It can be fine-filtered and pasteurized and sold as light molasses or reboiled to get more raw sugar.

To get maximum sugar, the light molasses is re-boiled to further evaporate water and extract more sugar, following the same step described above. What remains at the end of this stage is a darker syrup called the second syrup. The second syrup is less sweet. It ccan be fine-filtered and pasteurized, and sold as dark molasses or reboiled to get more raw sugar.

The dark molasses is reboiled and the process is repeated, the third time. Raw sugar is extracted leaving behind a very dark viscous syrup called the third syrup, which is fine filtered and pasteurized, and sold as black strap molasses. It’s the least sweet of them all.