It’s a cross between McIntosh and Red delicious.

The colour is deep red and the skin is rather thick so it does not bruise easily.

The texture is crisp and firm with a sweet tart, juicy flavour.

Culinary Use of Empire Apple

Empire apples are great for eating out of hand. They can also be used in fresh preparations like fruit or vegetable salads. They are excellent for lunch-boxes because of the thick skin that doesn’t bruise easily.

Empire apples are available September to October and through to January the following year. (WIKI) 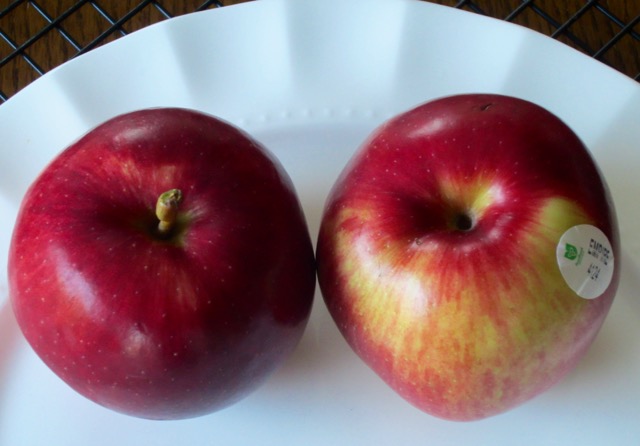