When I started making this soup I kept on wondering who was going to eat 2Ib (900g) of onions in chicken stock. Surprisingly, the soup tastes really nice and the secret ingredient here is the balsamic vinegar. Please do not substitute the balsamic vinegar with red or white wine vinegars. It’s not the same. I was so hungry so I ladled all the soup and we started eating then I remembered about photos…I had almost finished the soup and the garlic bread was never made (LOL). Enjoy your day. 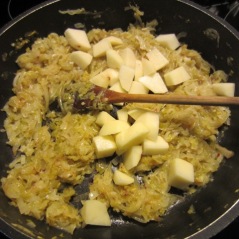 Continue until golden then add potatoes and stock myfavouritepastime.com

Cook the bacon or pancetta. Add  onions, leeks, chilli flakes and a little salt and cook onions  till water is evaporated and onions are very soft and slightly golden then add the potatoes and stock and cook till potatoes are tender. 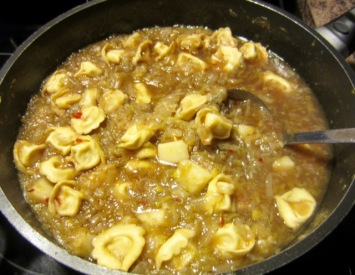 Add the pasta and cook as per packet instructions. Adjust the seasoning and add balsamic vinegar. Serve with Parmesan and a dollop of cream and garlic bread on the side. 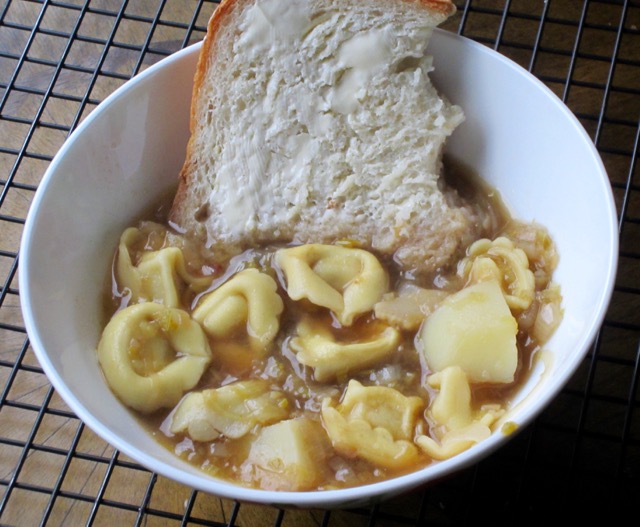