Ricotta is a soft, moist, fragile Italian curd cheese made from whey (left over from making hard cheese). Ricotta means “cooked twice” or “re-cooked” First, the milk is heated during hard cheese production and then the separated whey is collected and re-heated to make ricotta curd cheese. 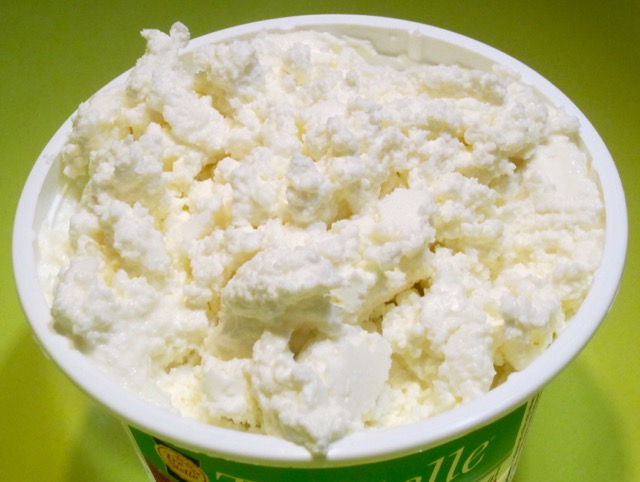 The whey is heated to near boiling point, with a little vinegar (or sour milk, lemon juice, olive oil) to raise the acidity and cause coagulation. The curds rise to the surface in tiny lumps and are scooped into open-weave baskets or plastic moulds where they are left to drain for 4-6 hours, then they are ready for consumption. A gallon (4.5 litres) of whey will yield only a few ounces of curd, which make up the ricotta cheese.

Appearance: Fresh Ricotta curd is creamy white in colour, moist to semi moist, with fragile tiny lumps, and a spreadable, grainy texture, which is smoother than cottage cheese. It’s high in protein and calcium but low in fat (around 13% or less). The cheese is highly perishable.

Storage: keep refrigerated and consume by the use-by date.

American Ricottas are typically made with fat-free, skim or whole cow’s milk, sometimes combined with whey. This produces a wetter, creamier style of ricotta than the naturally sweet Italian versions.

It’s available in whole-milk, part-skim and fat-free versions. The part skim has about 40% less  fat than the whole-milk version.

Culinary Use of Fresh Ricotta 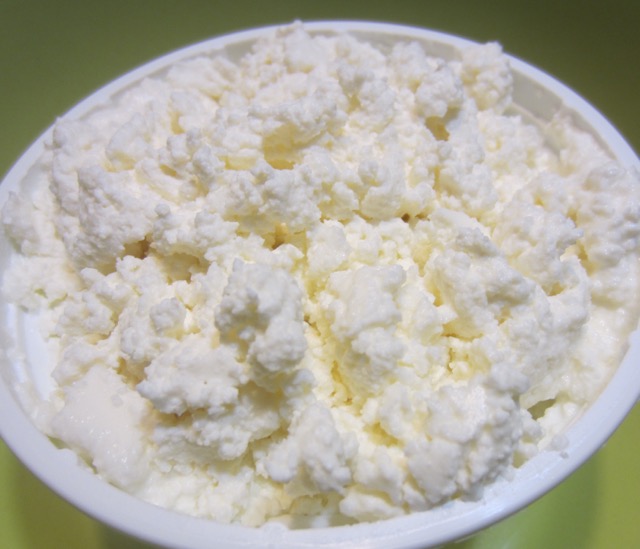