Cauliflower is a cruciferous vegetable with a large compact head of  white undeveloped flowers, called florets. The flowers can also be purple, orange or greenish in colour. 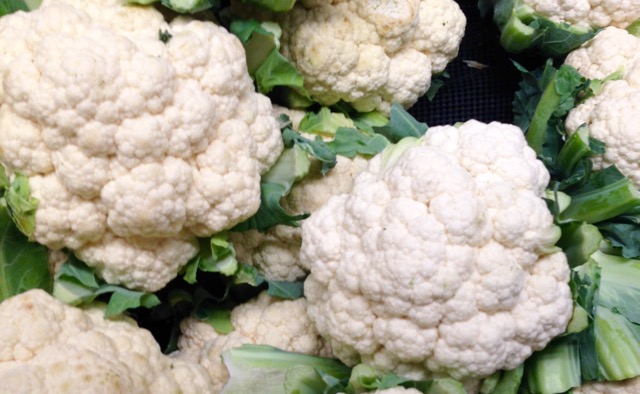 Cauliflower is a descendant of the wild cabbage, Brassica oleracea. It’s is a cool season biennial crop which is grown as an annual crop.

It was developed in Italy and later spread to central and northern Europe and, North America. Cauliflower adapted to hot humid tropical climate evolved in India in the last 200 years, and improved tropical varieties are now cultivated in Japan, China and India.

The Major producers of cauliflower are China, India, Europe, North America, Middle East, Japan and North Africa. In Africa, cauliflower and broccoli are only grown as minor crops sold in the major cities. In the US, California and New York are the major producers.

Cauliflower is grown for the large compact head of underdeveloped white flower buds.The compact head is also known as the “curd”.

White cauliflower is the most common but purple, orange and green types also occur. Green cauliflower, of the B. oleracea botrytis group, is sometimes called broccoflower.

The cauliflower head grows on a single stalk, surrounded by heavily ribbed green leaves that protect it from sunlight so that the flower buds don’t develop chlorophyll. Exposure of the head to sunlight will discolour the florets and also cause them to develop an undesirable flavour.

Cauliflower heads are harvested with sufficient trimmed leaves still attached to protect the florets during packing and transport. They are usually wrapped in perforated plastic wrap to allow carbon dioxide to escape. A build up of carbon dioxide will discolour the white florets and they will taste unpleasant when cooked.

Cauliflower is available all year round, but more abundant in autumn.

Source: (The Wellness Encyclopedia of Food and Nutrition)

Culinary Use of Cauliflower 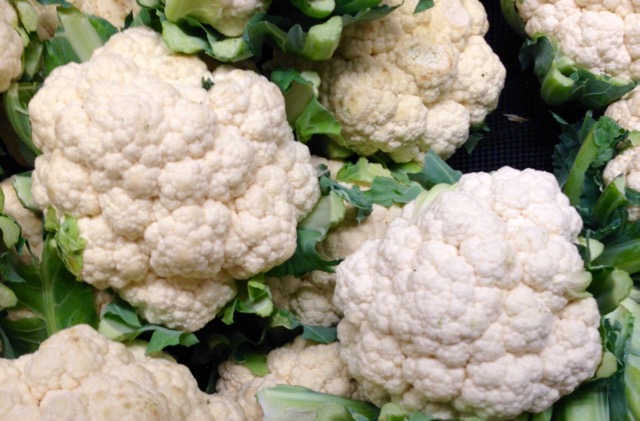 Cauliflower can be roasted, boiled, steamed, blanched, fried, pickled, or eaten raw. Raw cauliflower has a milder taste than raw broccoli and is usually served in salads, or with dips.

Although cauliflower can be boiled, over-boiling reduces the amount of vitamin C. During cooking, you can add milk or lemon juice to maintain whiteness of the florets.

Before cooking, the outer leaves and thick stalks should be removed. Only the florets should be cooked. The leaves are technically edible, but are most often discarded.

Cauliflower is excellent for stir fries.

They are also popularly sold as quick frozen vegetables in Europe and North America as part of mixed vegetables or on their own.

Freezing reduces the amount vitamins C by a third and vitamin K, by about a half. (The Wellness Encyclopedia of Food and Nutrition)

The size of the head does not affect the quality of the cauliflower, so it doesn’t matter whether you buy a large one or a smaller one.

Choose clean, firm, compact heads that are white or creamy white. The leaves surrounding the head should be green and crisp.

Small leaves growing between florets are not a sign of poor quality, just pull them out before you cook the cauliflower.

A medium-sized head of 6 inches diameter weighs about 1kg (2.2Ib) and serves 4-6 people. 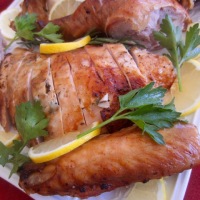