Cloves are the dried aromatic flower buds (unopened flower) of the tropical evergreen tree, called Syzygium aromaticum in the family Myrtaceae. Plants in this family contain essential oils and that’s why they are aromatic. Other notable species in myrtaceae family include guava, eucalyptus, and allspice. Clove tree is a native of Maluku Islands in Indonesia.

Flower buds (unopened flower) before harvest and after drying 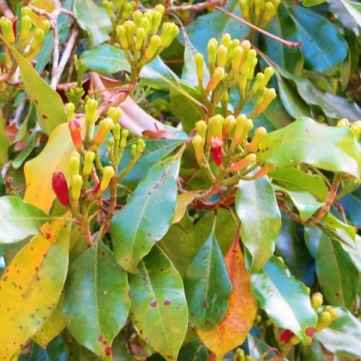 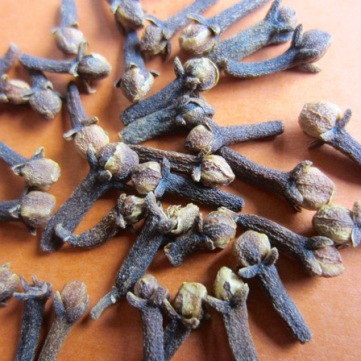 The flower buds are 1.5-2cm long and turn black and hard after drying. They are mostly sold whole but ground cloves is also available on the market. One small container of ground cloves can last for months or years depending on the frequency of use. 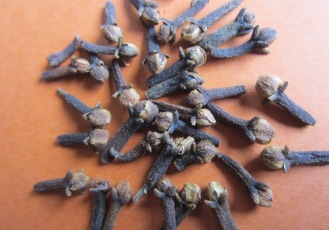 Cloves have a strong flavour and aroma, due to presence of a chemical called eugenol.

They  should be used sparingly, otherwise they can overpower other spices. When used whole, about 6 dried cloves can be used to cook and flavour 2 cups of rice. If using ground cloves,¼ teaspoon can go a long way.

How are cloves used?

They are used in most cuisines and are popular in Asian, Middle Eastern and African cuisine. They are also used in Mexican cuisine in combination with cumin and cinnamon.

Cloves are also commonly used as an ingredient in many spice mixtures like the pumpkin pie spice, mixed spice and Speculoos spices, which can be used in apple desserts, gingerbread, fruit cakes and pumpkin pie. 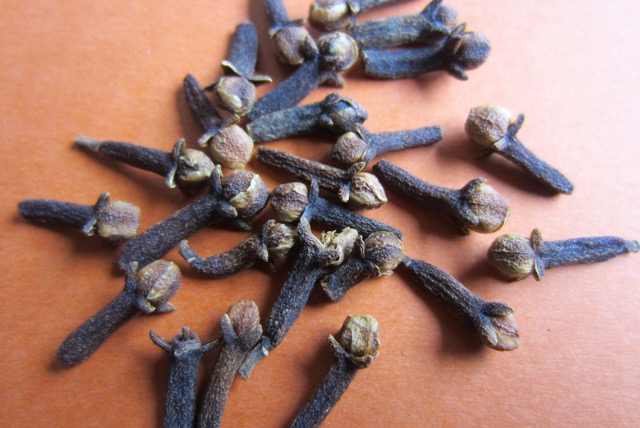