Uni is the Japanese word for sea urchin, more specifically, the sea urchin’s gonads. The gonad is actually the male or female organ, more specifically, the sex glands, responsible for producing sperm or eggs.
The gonads are shaped like a gland and have a rough look, more like the surface of the tongue. The colour ranges from gold to light yellow.
Uni or sea urchin, is harvested world wide in the ocean, but the largest source is the west coast of the USA. Other sources include British Columbia and New Brunswick, Canada; Mediterranean sea and Japan.

Uni used to be a common ingredient in sushi bars in the west, but has now gained reputation as one of the most delicate and rich foods. It’s commonly served raw, on its own, but can also be paired with other ingredients.

As soon as it lands on the tongue, it turns into a soft, pillowy sensation that gradually disappears. It’s said to taste like the ocean but it would be nice to have a tasting experience if you can.
Uni is  available fresh, frozen, baked and frozen, steamed and sautéed. It can also be used to make uni paste.

Uni is at its best in late fall to winter.

How to open and eat sea urchin (Uni) 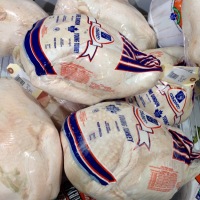