Processed coconut milk can be bought in cans or tetra packs in local stores or supermarkets. The canned coconut milk is a combination of thick and thin coconut milk, with water added, as a filler. The thick milk usually floats on top and can be separated and used in recipes that call for coconut cream. Shaking the can, prior to opening will even it out to a creamy thickness. Once opened, cans of coconut milk, must be refrigerated and used within a few days. Coconut cream can also be bought canned, in tins or tetra packs. 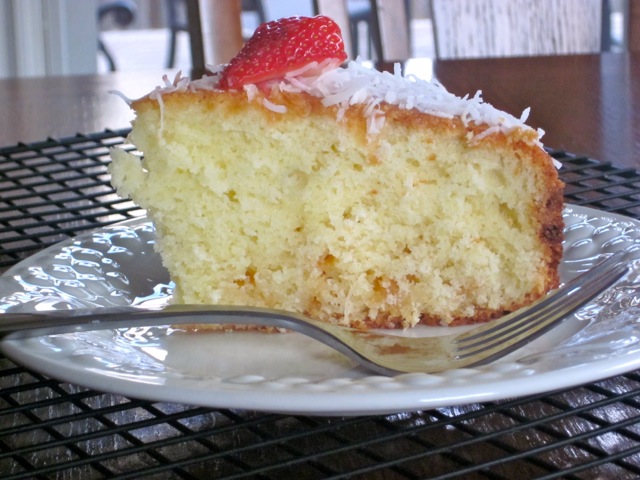 Coconut milk is a common ingredient in many tropical cuisines. It’s used to make curries, stews, seafood and desserts but can also be used as a milk substitute, in cakes and as an ingredient in smoothies and other drinks like Piña colada. Today I want to share with you a cake, made with coconut milk (I used canned coconut milk), desiccated coconut and white chocolate chips and topped with shredded or desiccated coconut. The cake tasted extremely nice. I would recommend it for all coconut lovers. I hope you’ll enjoy the cake, if you ever decide to make it. 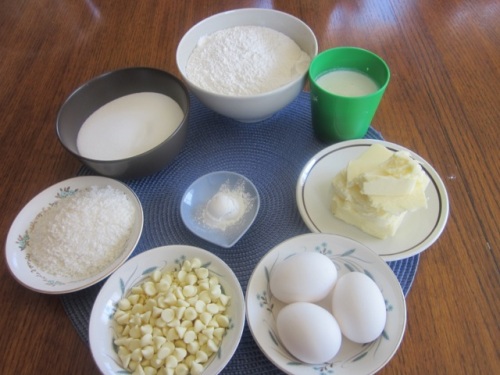 Please remember to assemble all ingredients before you start. 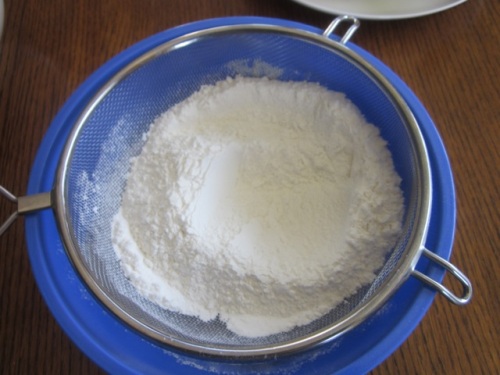 Cream the butter, essence and sugar in a bowl with an electric mixer until light and fluffy.

Beat in the eggs, one at a time, until fully combined. 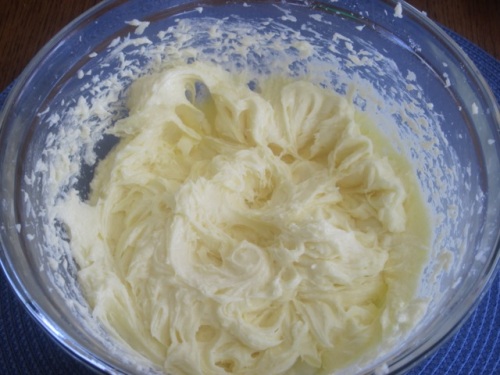 This is what the mixture looks like after adding all eggs

Stir in the desiccated coconut and white chocolate chips

Stand for five minutes then transfer on a wire rack to cool.

Brush the cake with some warmed and sieved apricot jam and sprinkled some shredded coconut on top. 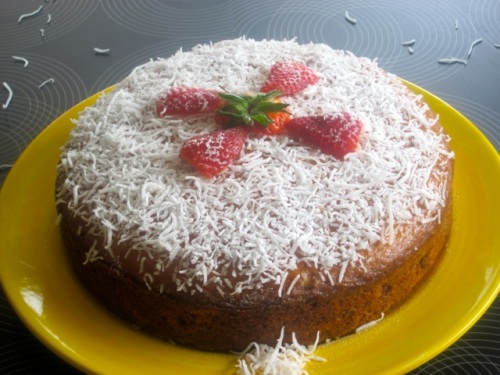 Decorate with some strawberries or other fruit

The cakes yields 8-10 slices, depending on size

I had one huge slice 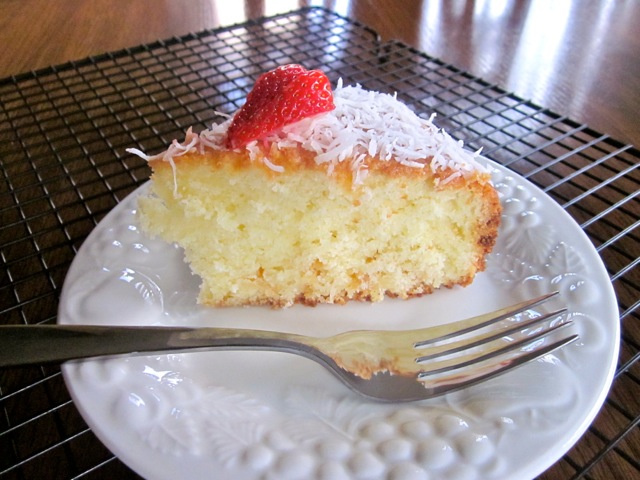 We really enjoyed eating this cake because we all love coconut