I hope your week ended well and your weekend will be fantastic. We started the weekend with a bout of rain. The temperatures are going to continue dropping, maybe some areas will even get some frost. I almost thought it was going to rain stair rods, but fortunately the rain usually stops very quickly, here.

I don’t know how many of you remember the Bangladesh factory disaster. It happened seventeen days ago, and caused the death of more than one thousand people. For 17 days, a seamstress lay trapped beneath thousands of tons of wreckage. Day temperatures are currently in mid 30s (°C) (95°F). She survived on dried food scattered around her and small sips of water.  In the last two days, she drank only small sips of water. She kept on banging a pipe to attract attention, and finally someone miraculously heard her and was saved. It was such a moving story, sad but with a very happy ending. I wish her a speedy recovery and really admire her strength and determination.

Back to baking. I seem to love baking with Apricots, I don’t know why. I think it’s probably because of their bright orange colour. I love orange because it’s the colour of sunshine, enthusiasm and happiness. I don’t just use apricots for baking I also add them to my cereal, stews, pancakes, cakes and even salads, when they are in season. There are also several recipes for grilling apricots, with bacon of course. You know I am a die-hard bacon supporter. 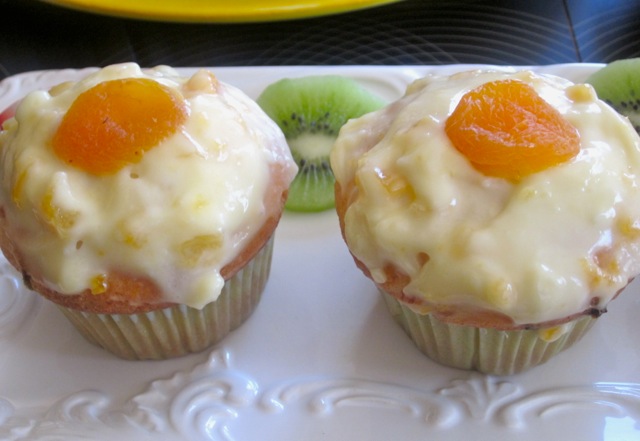 Today I want to share with you the recipe for Apricot Cupcakes. I made them two days ago, and really enjoyed eating them. They were very nice. I promise. So here we go…

Remember to always assemble all ingredients before you start. 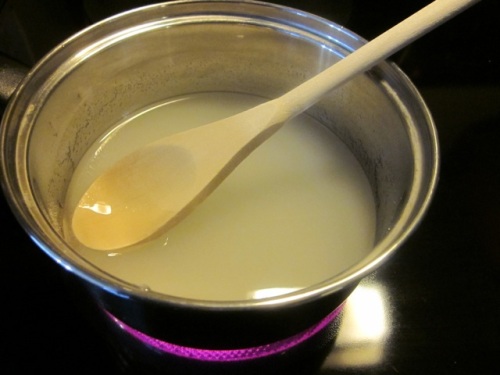 Combine water and sugar in a small pan (pot), stir over the heat without boiling until sugar is dissolved. Bring to the boil and remove from heat.

Cool the resulting syrup to room temperature before using. 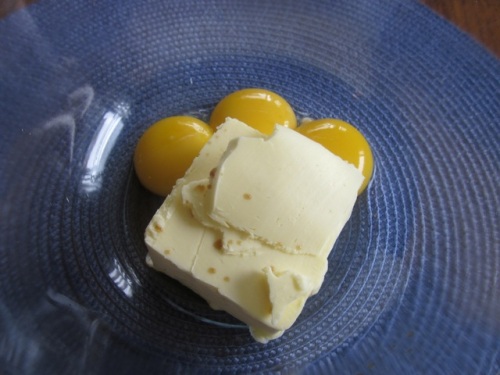 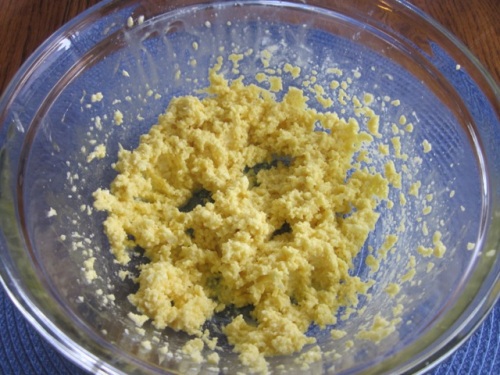 Beat until  thoroughly combined. It will look more like scrambled egg, but don’t worry.

With the mixer on medium speed, gradually pour the cooled syrup in a thin stream into  the butter-egg mixture, also beating at the same time.

Continue beating and adding the syrup until all the syrup is mixed in. This is what the mixture should look like after you’ve gradually poured the syrup and beaten well. 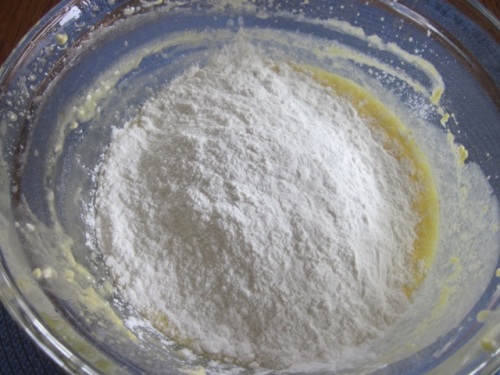 Stir in the sifted flour, all at once. 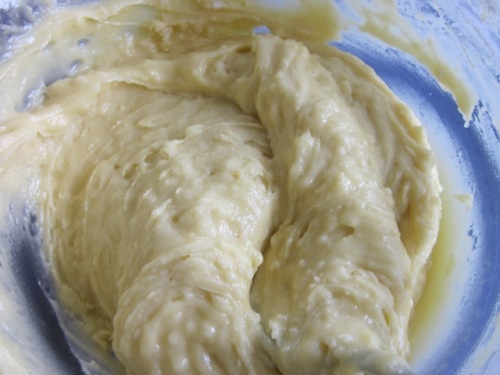 This is what the mixture should look like after you’ve stirred in all the sifted flour. 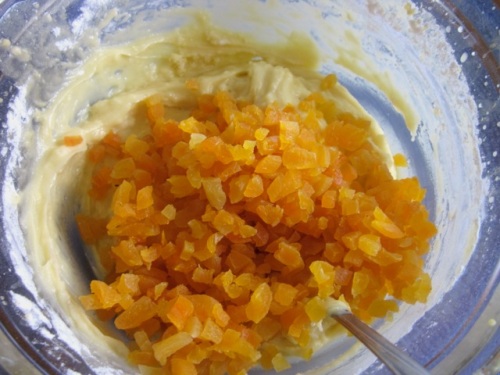 Fold in Apricots,  gently, until combined.

This is what the mixture should look like after stirring in the apricots. 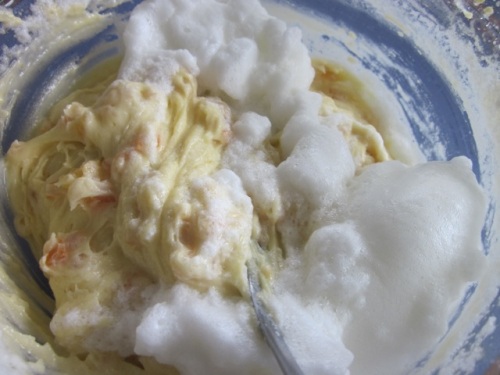 Fold half the egg whites into the mixture, then fold the remaining egg whites,  gently until combined. 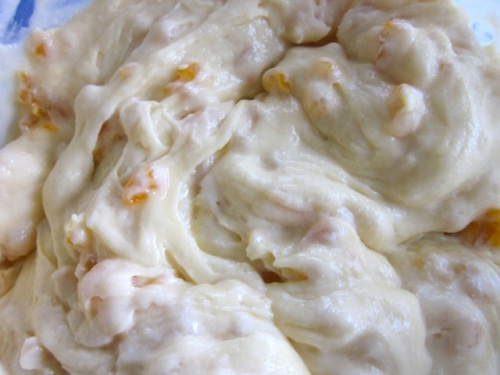 Spoon mixture evenly into 14 paper cases. Bake at 400°F (200°C) for about 20-25 minutes or until golden and a toothpick inserted in the middle comes out clean

Remove from the oven, stand a few minutes.

Transfer onto wire rack to cool. 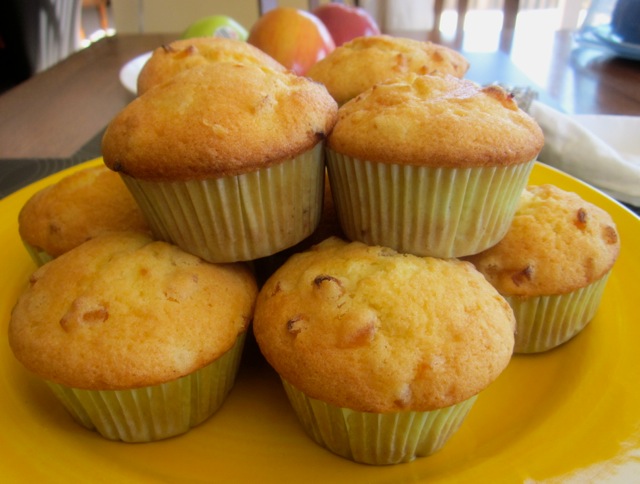 Or frost the top with apricot frosting and decorate with half an apricot (I used dried apricots).

I had mine with tea. It tasted really nice. 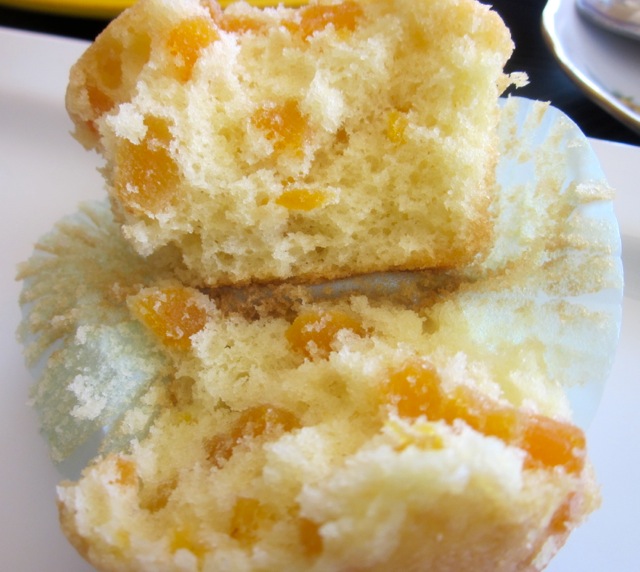 I really enjoyed eating these cupcakes. I hope you do too.

These Cup Cakes have been Made By: