Grit is coarsely ground ground corn (maize). It can be prepared from white or yellow corn (maize). The level of coarseness is not standard and can vary.

In commercial preparations, the germ is usually removed and used to manufacture corn oil. 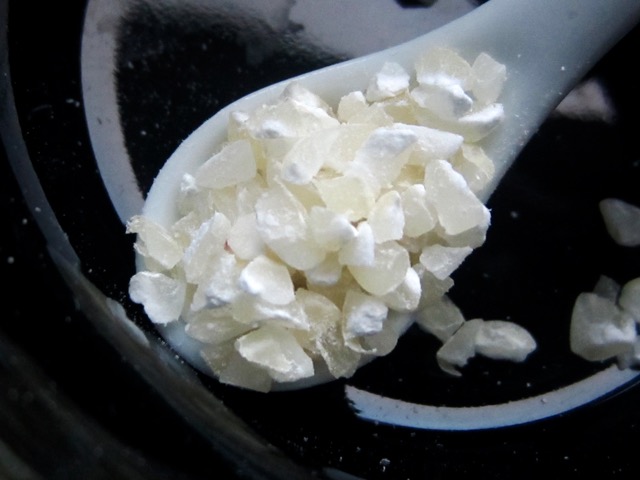 Hominy on the other hand is also coarsely ground white or yellow corn but is prepared from corn (maize) that has been boiled in an alkaline solution, for a short time and then left to soak in the solution overnight in a process called nixtamalization. This process loosens the outer skin (pericarp) of the maize seed (corn kernel), which is removed. This results in a white grain, like white rice, which is much easier to digest. Hominy cooks faster than regular grits made from whole corn kernels.

Hominy is finely ground to form ‘Masa‘ which is the fine flour used to prepare tortilla.

What is Grit used for?

Grit is used to prepare a popular dish in the southern USA also called grits. The dish can be prepared as side dish or for breakfast, like a thick porridge, and can be savoury or sweet depending on the ingredients added.

Sweet grit dishes are served for dessert and can be made with milk, chocolate, brown sugar or other sweet ingredients.

Savoury grits can be served with egg, fish, poultry, meat or vegetables and flavoured with cheese.

Shrimp and Grits is a popular entrée prepared in the Southern US.

How to Prepare Grits

Mix one part whole kernel grits with 4-5 parts water or milk, bring to the boil and cook on medium heat for 20-45 minutes, stirring from time to time.

Here is the nutrition information from my packet of Grits